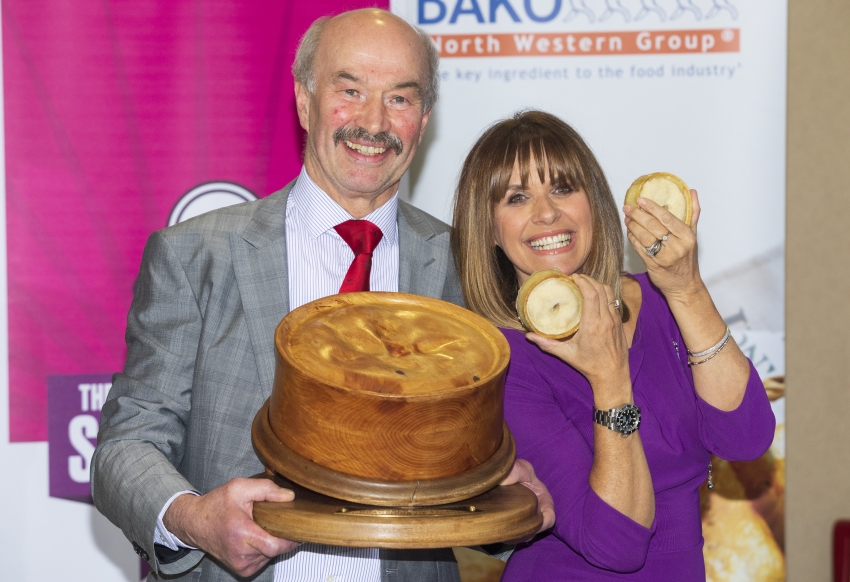 The World Championship Scotch Pie Awards 2020 came to an exciting conclusion today as James Pirie & Son became a two-time World Champion when they were announced as the 21st holder of this coveted title. They were crowned 'World Scotch Pie Champion 2020' at a glittering awards ceremony in Cumbernauld, hosted by Carol Smillie.

Over 75 professional pie makers lined up to deliver their perfect products into the hands of the judges in November. To come out on top once again, only two years after first taking the prize, James Pirie & Son can truly be proud to have produced the Champion Scotch Pie. In 21 years of the competition, only three other pie makers can lay claim to 'doing the double."

Alan Pirie, of butcher James Pirie & Son said, "Well, I was not expecting that! We won, again! I am speechless. To have once again been given the ultimate accolade in our profession is just excellent. I am so proud of what we make from scratch every day and it so often goes without recognition. Today is proof that all our hard work is worth it. I am really looking forward to the year ahead and to selling more of our champion pies than ever."

TV presenter and entrepreneur Carol Smillie, who presented James Pirie & Son with their award said, "The World Championship Scotch Pie Awards really is one of the highlights of my year. I have been hosting since 2016 and I have seen many well-deserved winners in all the categories take to the stage, but to see Alan up here again is wonderful. I know what it means to win, so every winner here today should be proud of their success and I hope they all see their businesses grow and prosper in the year to come."

"For 21 years now professional pie makers throughout Scotland, and from even further afield, have been so proud of their produce that they have taken the time and trouble to enter The World Championship Scotch Pie Awards", says head judge, Ian Nelson, who oversaw the judging process to ensure the best pies were recognised and that the best of the best was crowned World Champion. "And I must say that the standard keeps getting better each year. All our winners deserve the accolades they have taken home today."