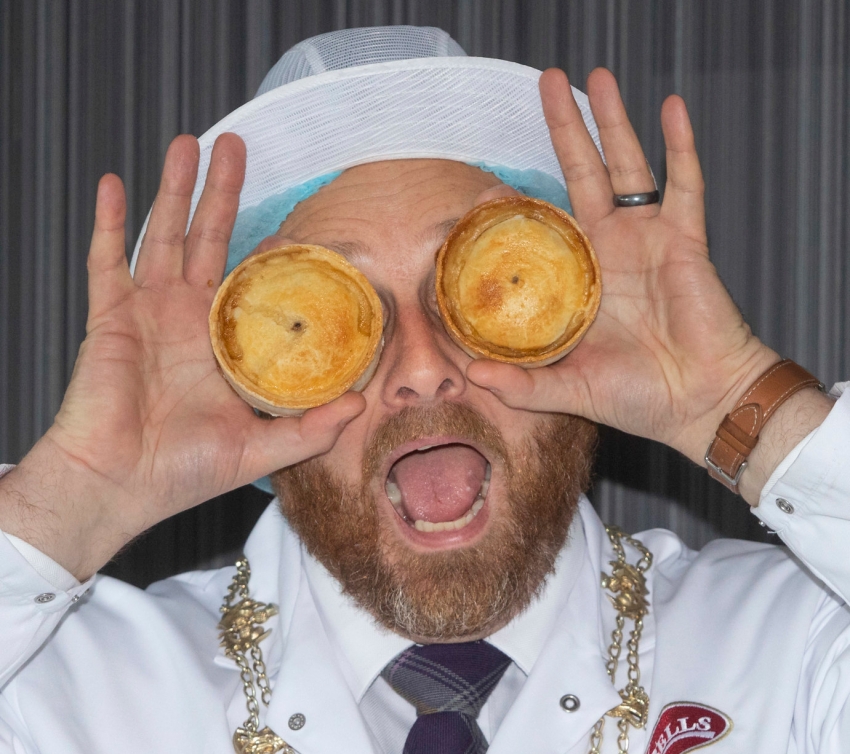 All 'pies' were on Dunfermline today as Scottish butchers and bakers lined up to deliver their premier pies into the hands of the judges of the 20th World Championship Scotch Pie Awards for a long day of product perusal - a day that will see them take a step closer to selecting the World Champion Scotch Pie.

This years' bumper crop of entries included a wide range of 'products at their peak' with accolades on offer for the best:

The winner will be announced at a prestigious luncheon on 15th January 2019 at the Westerwood Hotel, Cumbernauld.

"The Scotch Pie has long been an iconic product here in Scotland, with its roots in our industrial heartland as a manual workers daily fare and latterly its association with sport. However it was 20 years ago that the butcher and bakery sectors decided to get together and celebrate its provenance and so the World Scotch Pie Championships were born" said Alasdair Smith, Chief Executive Scottish Bakers which manages the competition on behalf of The World Championship Scotch Pie Awards. "And the competition has grown and grown. So, now in its 20th year, the competition does promise to be higher profile than ever before as we celebrate the peak of pie perfection with entries from far and wide."

This fantastic competition sees butchers, bakers and other pie makers presented with the opportunity to become recognised as producing the highest quality savoury products around the globe with awards given to those producing the best products in each category. The winner of the Scotch Pie category will be declared as the WORLD CHAMPION.

The competition aims to highlight that bakers and butchers create high quality artisan pastry products. Recognising the "great and the good" in this way rewards excellence and raises the bar in the industry.